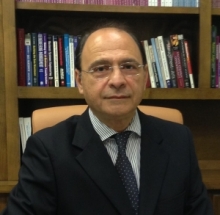 Claudio Carpano is Associate Professor Emeritus and the Honorary Consul of Italy to North Carolina. At the Belk College of Business, he was the Director of International Business Graduate Programs and taught international and strategic management.

He teaches MBA international business courses at LUISS University in Italy. He has delivered executive seminars and lectured at several universities, including including the University of South Carolina; American University (Washington, D.C.); Bocconi, the University of Torino, and the University of Ancona, all in Italy; EGADE–Tecnológico de Monterrey (Mexico); Universidad de Desarrollo (Chile); and QUT (Australia).

Claudio’s research on international business strategy, organizational structure, and foreign direct investment has been published in several leading academic journals, including The Journal of International Business Studies and the Journal of Business Ethics, which The Financial Times has listed among the 40 most influential scientific business journals. In addition, his articles have been published in European business publications.

Claudio is the founder and president of Management inSites and the CEO of Comi Polaris Systems Inc. He has held the top management position at RAASM USA, Simem America Inc., and Biesse America Inc. As CEO of RAASM USA, he built the U.S. operations, including hiring a direct sales team, instituting a national distribution network, and establishing a trusted service department. While the CEO of Simem America, he was also the Director of Global Operations and Planning of Simem America’s parent company, Simem SRL. Before beginning his academic career in the United States, Claudio worked in Italy where he held product and brand management positions with FIAT Lubrificanti and Ethicon S.p.A. (a Johnson & Johnson company). Claudio is on the board of several companies and non-profit organizations, including Casa della Cultura Italiana-North Carolina, of which he was a founder and President (2014-20), and the World Affairs Council of Charlotte. Formerly, he was on the board of the International House of Charlotte. He has also served on the Charlotte International Cabinet (formerly the Mayor’s International Cabinet).

In 2020, by decree of the President of the Republic of Italy, he was bestowed the title of Cavaliere of the Order of the Star of Italy for his work preserving and promoting Italian national prestige in the United States. Claudio holds a Ph.D. in International Business and Strategic Management and an MBA. He received his doctorate from the University of South Carolina. Before studying business in the United States, he earned a degree in philosophy from the University of Rome “La Sapienza.”