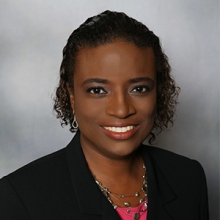 Cynthia Bush is a financial services executive who enjoyed an almost 20-year career with TIAA. During that time, she oversaw investments ranging from $2 billion to $25 billion and has a wealth of experience across the capital spectrum including high yield bonds, project finance, leveraged loans, mezzanine investments and real estate. Prior to TIAA, Bush was a successful investment banker with Citibank in Europe and JP Morgan Chase in New York. In Europe, Bush was an integral part of the team that raised financing for large corporate mergers and acquisitions, divestitures and joint ventures for Western European conglomerates. Bush has served on various nonprofit boards. She is currently on the boards of Girl Scouts Hornet’s Nest Council and Cornelius Arts Center, and is a member of Women Executives. She was previously appointed by the Mecklenburg County Commissioners to the Citizen’s Capital Budget Advisory Committee where she was elected Chairman. Bush graduated magna cum laude from Howard University in Washington, DC with a B.B.A. in Finance and earned her M.B.A. from Columbia University in New York, NY. She was formerly elected president of alumni chapters of both her undergraduate and graduate educational institutions.