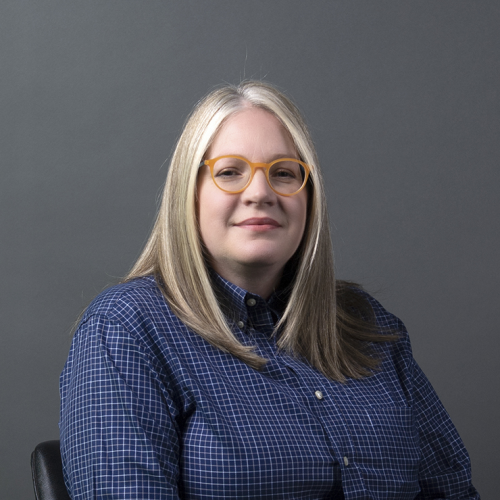 Publications: Research has been published in leading journals including the Economic Journal, European Economic Review, among others, and has earned media attention in outlets such as the Harvard Business Review. She is also a Chercheur Associée (Associate Researcher) with the CNRS laboratory, GATE Lyon Saint-Etienne, in Lyon, France.

Research connects teleworking and productivity
“Economists are lucky. We can study anything to do with decision making, so I get to work with what interests me.”

Nearly a decade before the pandemic pushed telework to the forefront of business, Belk College of Business Associate Professor Krista Saral was focusing her research on the topic.

Saral began researching telecommuting and productivity in 2012, earning media attention in outlets such as the Harvard Business Review. Saral’s research found that while people do believe that telecommuters are not as productive, it's not actually true.

Saral’s interest in teleworking dates back when she was working for the U.S. Bureau of Labor Statistics. The agency considered allowing employees to work from home in the early 2000s but ultimately decided against it. The concept piqued Saral’s interest and became a catalyst for her research.

"The concept was not common then, and I think most companies were afraid of it," she says.

Saral conducted experiments to study how people behave to collect findings on the subject of productivity and telecommuting. The resulting information has been astonishing: "We are social creatures – how we behave in teams vs. solo is the subject of my work," Saral says.

The concept of teams is a running theme for Saral, who paid subjects to work in various scenarios: teams with three people in various configurations of remote and office workers. Interestingly, the team scenario that was viewed as the most productive was the “all remote team.” The team viewed as less productive was the office/remote worker combination.

Saral says  there is zero proof that remote workers are not as productive as office workers. The key that many miss is the subject of flexibility and choice. "We are finding that when workers can pick where they want to work, they are the most productive — whether the choice is Starbucks, home or the office."

"Employers should be aware that remote work that was initiated during COVID was not a choice – everyone had to work from home," Saral says. "If employers had an issue with productivity, it was likely due to employees who did not choose to work from home, those who prefer working with others at the office.” Employees who liked remote work continued to be as, or more, productive than before COVID shutdown the work world in 2020."

The outcome of Saral’s research on telecommuting shows that productivity is tied more to employee preferred work styles, and not a lack of interest in working, she says.

Saral, whose research focuses on decision making and economics, is the author or co-author of more than a dozen peer-reviewed articles that have been published in leading journals, including The Economic Journal, European Economic Review and The Journal of Economic Behavior & Organization.