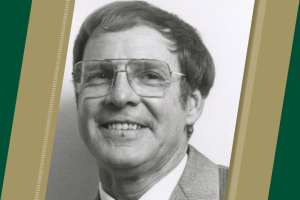 UNC Charlotte’s Belk College of Business is fondly remembering Emeritus Professor Robert Conrad, who passed away on Feb. 12 at age 89.

Conrad, a Korean War veteran, joined what is now the Belk College in 1970, the year the college was established.

Conrad was a faculty member at the college for 30 years, primarily teaching Operations Management (OPER 3100) and Sales and Operations Planning (OPER 3201).

In 1979, he was awarded the NCNB (now Bank of America) Award for Teaching Excellence, one of Charlotte's most prestigious awards for faculty members.

Conrad also was a recognized researcher and authored numerous articles in various professional business journals. According to his obituary, one of his co-authored articles was cited by the Supreme Court in a decision on tenure.

Hartsell Funeral Home in Harrisburg is serving the family. 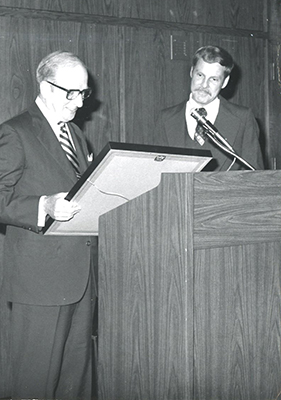