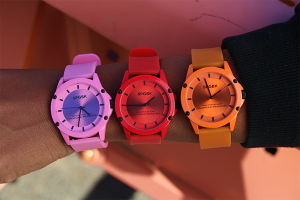 "I always knew there was a place in the market for us," Molden says.

He and childhood friend Maurice Davis thought a niche was missing from watches. Molden says affordable but fashionable watches were not in the market and not being worn by African American consumers.

"People forgot about fashion and color," Molden says. "Smart watches were popular, and no one was wearing colorful watches."

Molden says there was no roadmap or blueprint to starting a watch business. He started teaching himself by watching YouTube videos and reading everything he could. In between his MBA classes at the Belk College of Business, he read continually.

Molden says he pursued his MBA degree in a calculated strategy to reach his business goal.

"I knew I needed an MBA to get a corporate job which would then position me to have the resources to work on my dream of owning my own business," Molden says. He entered the Charlotte MBA program full time in fall 2011 and graduated in December 2012. 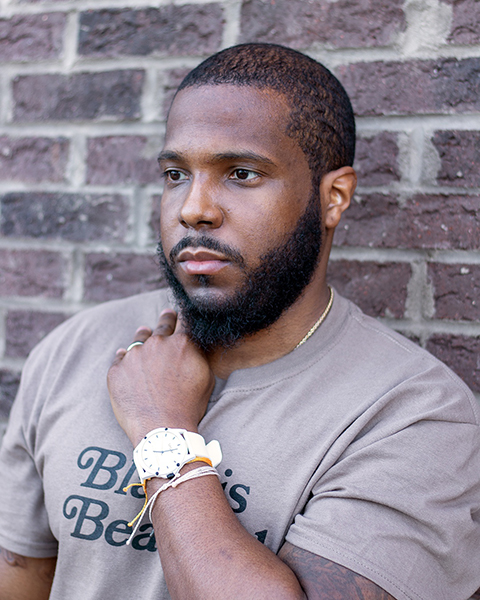 "This degree was life-changing, and I was able to directly apply what I learned in class to a career," Molden says (photo right). "My concentration for the MBA was in marketing so there is a direct parallel to how I launched our company."

Marketing courses gave Molden real-life applications. Business Law taught him that a partner was necessary when starting a business to share the risk. Molden also learned the importance of developing both a full marketing plan and a business plan. In the Executive Business course, crisis management was studied along with real-world events.

After graduation, he worked in a corporate position at several major businesses in Charlotte and continued to work on his dream. Success did not happen overnight. Molden put in long hours researching and working toward his goal.

SPGBK Watches started in 2013, but a tipping point occurred in 2019 when Molden’s second daughter was born.

"I hit the urgency button that year and gave it all I had," he says. "I shot more high-quality video, put out good content, ramped up my social presence and started releasing new product. I had spent years building a community, and retailers started noticing our posts on IG and TikTok."

The groundwork was in place for success. When the pandemic hit in 2020, causing a culture shift, buyers were forced to go online for products. Not only were the watches fashionable and affordable, but SPGBK was a Black-owned business with an educational theme.

They wanted to give back to their home community with an emphasis on education. The result are fashionable watches named after schools in Fayetteville with colors related to school mascots.

As to other reasons SPGBK was noticed, Molden cites originality and good storytelling. "There was no one else like us in the watch market, and we became proficient at telling the story of who we are and that we are good enough," Molden says.

Their efforts were enough to get Nordstrom’s attention. "They liked what they saw on our social channels."

Then, it snowballed following the #BuyBlack movement, with retailers Macy’s and Belk selling the colorful luxury watches. Media also followed the trend, with coverage in The New York Times, Oprah Daily and Cosmopolitan.

Molden credits his MBA for his business strategy. "We are 100 percent self-funded without investors," he says. "I tie that back to my MBA and learning how to manage and handle expenses in accounting and marketing classes. UNC Charlotte put me in a position to be successful — to run my own business and without the expense of a store front."

The nationally ranked Charlotte MBA, the first and largest program of its kind in the region, has been helping students advance their career for more than 50 years. Students can choose from the part-time evening program or the new fully online Charlotte MBA, which begins in August.